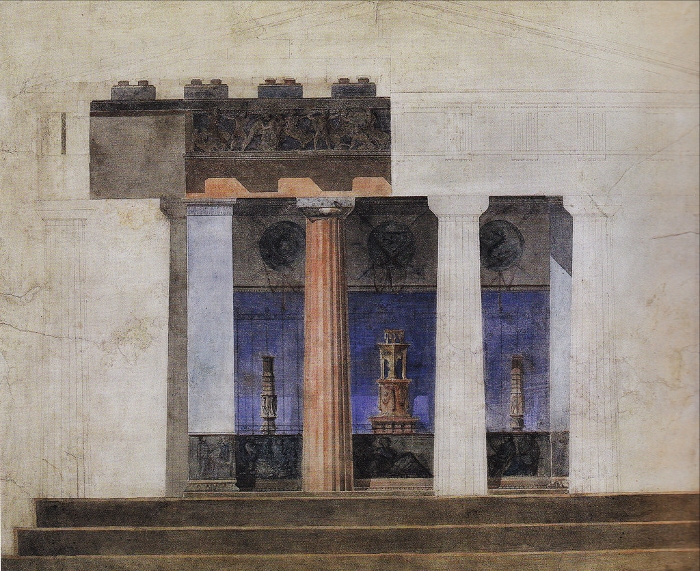 Gottfried Semper's Der Stil (1863) is the first text in which contemporary insights in art history, archaeology and anthropology were combined to formulate the first systematic account of the global development of material culture. In my lecture I will take a closer look at one of the main inspirations for Semper's thought, the issue of polychromy in Greek ancient architecture. This question divided the scientific communitiy in the 1830s, mainly because it raised all kinds of issues about the materiality of marble and other Greek building materials.

In the wake of Jacob Ignaz Hittorff (1792-1867), whom he met in Paris, Gottfried Semper (1803-1879) travelled to Italy and Greece (1830-1833) in search of polychrome marks on antique monuments. Hittorff had discovered vestiges of colour on the temples of Agrigento and Selinunte. Semper went to Rome, Paestum and Athens, but also to Pompeii. The murals of the Campanian city inspired him throughout his life as an architect and the coloured wall became the basis for his theory of architecture. During his stay in the Mediterranean, Semper made a lot of landscape drawings that are now in the Semper-Archiv of the Zurich Institute for History of Architecture. In this communication I wish to explore in particular the relationship between Semper’s black and white drawings of nature and the construction of his conception of architectural polychromy.