Leiden Classic: 4 Questions on the origins of the university and the Dies Natalis

1. What is the origin of the first university in the Netherlands?

In 1568, the Low Countries rebelled against Spanish rule and the dominant Catholic Church. This Rebellion marked the start of the Eighty Years’ War. William of Orange, the most powerful nobleman of the Northern Netherlands, was at the time governor of Holland, Zeeland and Utrecht. He became the leader of the Protestant rebellion.The governor wanted a university to provide an education programme for clergymen so that he would have well-educated men at his disposal. The Academia Lugduno Batava was inaugurated on 8 February 1575 in the Leiden Pieterskerk. It is therefore no coincidence that the Dies Natalis celebration takes place every year at the precisely same spot, either on, or very close to 8 February.

2. Why was this university established in Leiden?

Leiden citizens cherish the story that the university was a direct gift from William of Orange to thank the city for its brave resistance during the Spanish ‘Siege of Leyden’ from 1573 – 1574. The governor supposedly gave the city a choice: exemption from tax for a couple of years, or a university. Willem Otterspeer, Leiden Professor of University History, points out that this explanation may not be entirely conclusive. It is true that William of Orange suggested in a letter dated 2 January 1575 that Leiden was ‘een bequaeme plaetse’ (a suitable place) for a university. However, he does not mention his reason for thinking of Leiden. It is generally assumed that Leiden’s courageous resistance against the Spaniards formed the decisive argument. William of Orange also suggested in his letter that this new university might be housed in a vacant cloister and this is indeed what happened: the Academy Building is a former nunnery. 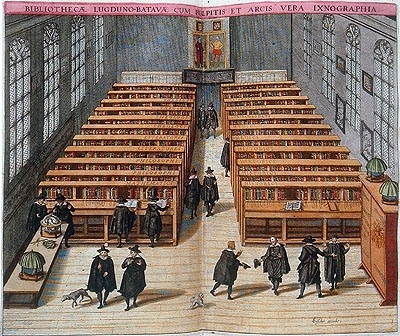 3. How did the university develop?

The university quickly developed into one of the leading Protestant universities in Europe. In the beginning, there were three main faculties: theology, law and medicine. By the end of the 16th century, the university included four important institutions that attracted students and scientists from all over Europe: an impressive library, the hortus medicus (currently hortus botanicus), a fencing school and an anatomical theatre. The lectures were given in Latin to accommodate foreign students.

4. What happens during the Dies Natalis?

In the morning, the Executive Board sends a telegram to King Willem-Alexander to remind him that the university is commemorating its inauguration in 1575 by William of Orange. Do not miss the opportunity to be part of this Leiden academic tradition. Make sure you are on the Rapenburg, or register for a place in the Pieterskerk on the 8th of February. Starting at the Academy Building, a procession of representatives of Leiden student and study associations will make its way via the Nonnebrug towards the Pieterskerk.