Martijn Ridderbos, MSc, will be appointed member and Vice-President of the Executive Board of Leiden University with effect from 8 May 2017. He succeeds Willem te Beest, who is retiring. 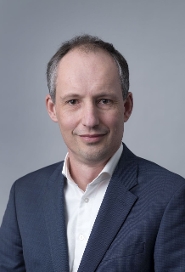 The Board of Governors is very pleased with the appointment of Martijn Ridderbos, who will be responsible for operational management (finance, real estate and ICT).  ‘Mr Ridderbos is a business economist whose experience means he has a thorough understanding of the operational management of large institutions in the public domain. With his experience and vision, he will be able to contribute to a financially healthy university,’ commented chairman Ab van der Touw.

Rector Magnificus Carel Stolker is delighted with the appointment: ‘Martijn Ridderbos’s background is ideal for this portfolio and it is an added benefit that he also has experience in university education. Hester Bijl and I are looking forward to working with him in the Executive Board.’